John Andrew Wilhite-Hannisdal is a composer and double bassist living in Oslo, Norway.

John Andrew works with musicians and artists in both Europe and the Americas, performing and creating a variety of projects that both develop new techniques and reframe older and neglected material.

In the US, J.A. collaborates with musicians and composers such as Derek Baron and Elliott Sharp, while in Europe he works with with Katt Hernandez, Andreas Røysum, and others. He is also active creating music and sound in both theater and art settings. John Andrew works on projects and collaborations that draw material and inspiration from as far ranging sources as eastern european folk music, apartment houses in the early united states, childrens songs written by Theodor Adorno, dominican vudú practices, and the mating calls of codfish. He is currently collaborating with the dominican artist and poet manuel arturo abreu on a series of "Loss Puzzles" whose genres span from object-theater to pieces for sympony orchestra.

John Andrew is holds Masters degrees in both double bass performance and composition from the Norwegian Academy of Music, where he studied with Håkon Thelin (bass), and Trond Reinholdtsen (composition). His projects focused on the music of Stefano Scodanibbio and Håkon Thelin, and on linguistic reconciliation with loss through music.

John Andrew also has a degree in Music Composition from Reed College (Portland, Oregon), where he studied with David Schiff.

He studied at the New School for Jazz and Contemporary Music (New York) as a pupil of Reggie Workman. .

John Andrew also studied Russian art and philosophy. He worked for philosopher Boris Groys at NYU and was research assistant to Evgenii Berstein. 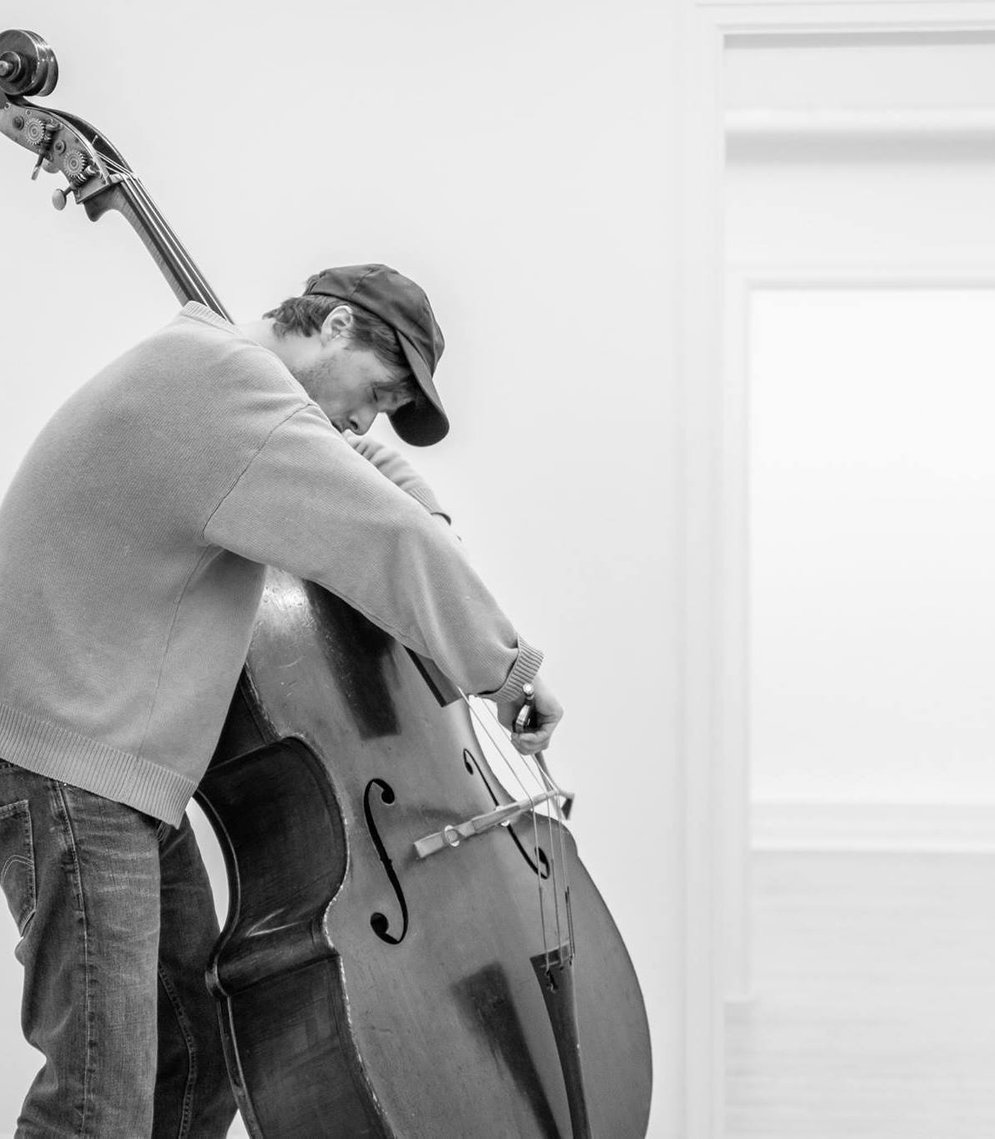